The long road to a hypothesis 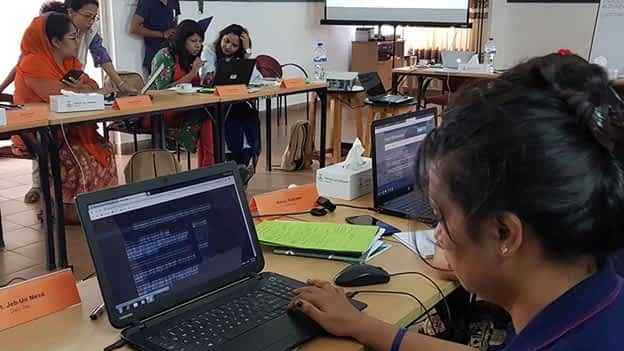 How to write your hypothesis before pitching your investigative story to your editor? Or – in this case – to your lecturer?

On my way back to Dhaka airport, summarizing three days of training a group of female Bangladeshi journalists in investigative reporting, that’s the question in my head. I introduced the group to the Story based inquiry, a model on how to conduct an investigative piece. (You can download it for free via www.storybasedinquiry.com.)

One of the main things is to formulate a hypothesis. And while the car I’m in, is maneuvering between huge trucks and unpredictable rickshaws on the road to the airport, I’m thinking of the challenges it implies and the benefits you get when you succeed.

”With a good hypothesis you are able to make your editor, your lecturer and most important; yourself, understand the story.”

With a good hypothesis you are able to make your editor, your lecturer and most important; yourself, understand the story. Through breaking down the hypothesis into pieces, you’re also able to see what it is that you need to confirm.

Cause with a hypothesis, your job is to go out there and try to confirm it. Or if impossible – rewrite it. And to confirm something is easier than to try and unveil big secrets. (Though you may end up unveiling big secrets anyhow.)

During the training, participants were divided into smaller groups and got a topic to work with: food, health, garment industry and developing aid. They were to come up with a story and to create a hypothesis according to the SBI model.

There are certain standards to follow: a hypothesis is not a question, but could be the answer to a question. It’s not a topic; it’s more precise and it has a clear angle. It’s actually harder to create than you may believe, it often takes a couple of tries before succeeding.

An example is the group who’s topic was “the garment industry”. They first presented their story as a question: Do garment buyers care about the conditions for the female workers?

That’s not a story you’ll be able to pitch either to your editor or lecturer. And it won’t really help yourself in your investigative work. What’s the story? What is it that you need to find out?

The group was sent back to work more on their hypothesis, trying to evolve the question into a statement. Something that’s possible to confirm.

A few sessions later they came up with something like this: Garment buyers do not care about the condition for the female workers because they do not know how bad it is.

The theory of the group was that international garment buyers writes contracts with a factory, where conditions seems to be good. But after the buyer’s left, the factory hire someone else to do the actual work, for less money meaning the workers get smaller salaries, often below the minimum wage.

For me, that is an interesting story. It’s possible to pitch, to try to confirm and if they succeed; they may also have a good international story.