Empowerment and change through right to information requests 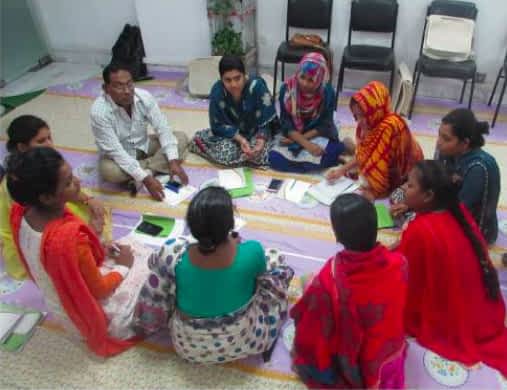 An MRDI training session on RTI

Four years ago a young Bangladeshi woman from a low income neighbourhood in Dhaka, was invited to attend a training session that she was told would change her life.

She went along with seven other women to learn about the Right to Information (RTI) Act and how they were entitled to submit questions and receive answers about government services affecting their lives, families and neighbours.

The three-day workshop, organised by the country’s Management and Resources Development Initiative (MRDI) and supported by the Fojo Media Institute, was designed to empower women with the tools they need to access previously concealed data.

On the final day she had drafted two RTI applications. One questioned her high school fees and asked how they were spent, resulting in the school’s accounts being published and fees reduced.

Two and a half years after the initial training the women who had attended had filed more than 30 RTI applications covering issues such as inadequate street cleaning, dangerous roads, poor gas supplies, hospital charges for medicines which should be free, and the lack of insecticide spraying in their neighborhood’s.

In many cases the information gathered via the RTI application was used to bring positive change including the building of a new road and the provision of free medicines.

Following another RTI training session also run by MRDI, another group of women filed almost 40 applications about a wide range of local issues such as unauthorised construction and safety on public transport.

Bangladesh’s Right to Information Act 2009 states that “every citizen shall have the right to information” and that the authority is “bound to provide that information”.

MRDI set up a RTI helpdesk in 2013 to assist those wanting to apply for information and to help them through the process.

Two years ago Naila Fahmin Rasha, who at that time was a media monitoring officer with MRDI, was a participant at another event for women wanting to know more about access to information. She was so convinced by the importance of the work that she joined the team and became the official RTI helpdesk officer.

Now Rasha handles calls from people wanting to know how to make an application along with requests for information and training from the public, government officials and NGOs, journalists and students.

Last year, Foysol Islam, a journalist on the newspaper Gramer Kagoj was supported by the RTI helpdesk as he collected information for an investigation into the government’s family planning initiatives at Jessore in the south-west of the country.

Rasha says there is still much work to do in educating people about their rights under the RTI and she is heavily involved in publicising the work of the helpdesk at village, regional and national level.

This includes producing different kinds of promotional activities and publications. There are also plans for quarterly educational visits to the country’s media houses and for a ‘RTI on wheels’ roadshow to reach remote areas.

Rasha says the aim of the RTI helpdesk is to continue to “help people understand how life and livelihood is related to information”, and empower them to uncover the data that can lead to change.