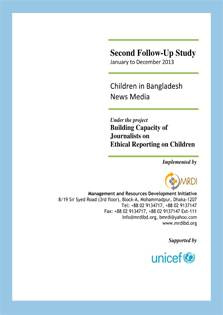 This report analyses the findings of previous two surveys on child-centric news contents to assess the trend of coverage and its ethical standards. Like the previous surveys it finds a lack of planned focus, empathy and thought towards child-safety and insufficient depth in news coverage. However isolated or sporadic they might seem, there were some positive changes from 2009-2013. While the baseline study aimed at designing a training module for journalists, the two follow-ups focus on indicating further steps to ensure ethical journalism, on and for children.